restart with a better plan

Pooring more money and people
will not recover it.

Selling a new high-tech product or service is really tough:

In this context a poorly prepared sales strategy will lead to longer and more risky sales cycles:

This while we know that winning new customers is vital because:

If this sounds familiar, and it's a problem,

here below you find 4 key ideas to build
a better sales funnel.

How to sell B2B high-tech products and services? 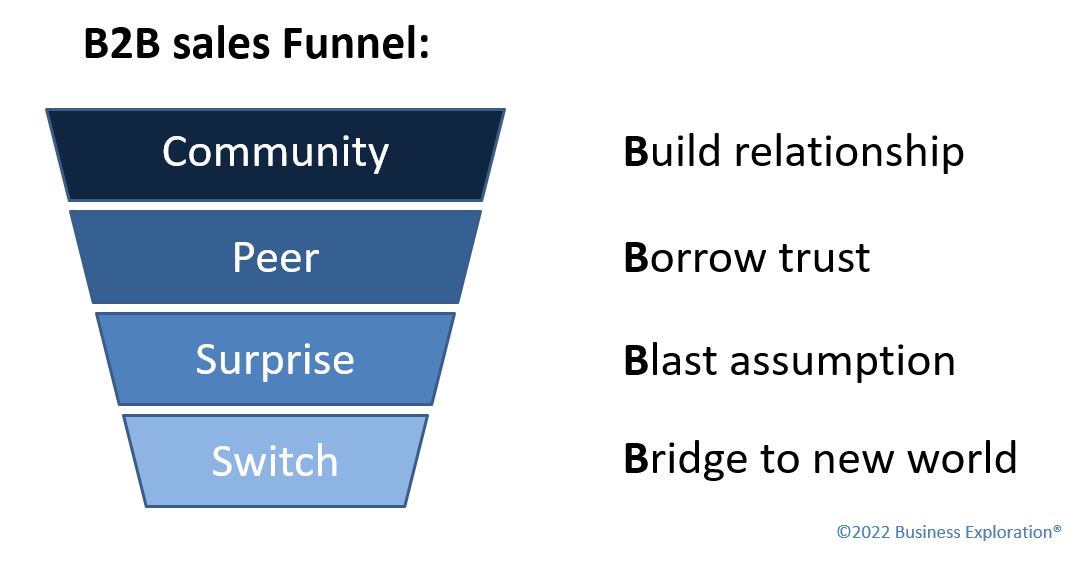 Why the B2B Funnel is different from the B2C Funnel:

in B2B nobody impulse-buys just because of your advertising like in B2C.

In other words the real distinction should be among:

For this reasons the B2B sales funnel is made of 3 steps:

Building the Relationship is the critical step of the B2B Sales Funnel and this article is about a few hints and a template to make it happen.

Beware of these differences in B2B selling:

B2B is a bit a broad definition. Let’s divide in at least two:

The STD work horizontally across industries, they count Clients in the thousands or even millions. All the providers of STD can benefit of a B2B promotion. they know it and they are happy to find an agency that can support their sales. But:

The ETO work vertically, tackling a verys specific segment need, they counts Clients in the dozens - sometime even the dozen. In this case a B2B promotion may sounds dispersive, and even if theoretically appealing, the Customer Acquisition Cost (CAC) could be not justificable. There are cases, however, where I witnessed the need to take this route:

Said that, you may then want to go a step further and choose the best B2B sales funnel for your target decision makers. The best one depends by the type of solution you are proposing.

Where to start building a B2B Sales Funnel:

If you moved to a new town as a kid, you know the importance of finding new friends to enter your new community.

It is the same in business: "Business is Relationship", and to start a relationship you must pass through a peer.

To start a Relationship, find a Peer:

To reach your prospects you have to pass through a Peer, if you want to scale up fast your market entry.

A Peer is the channel, the medium through which you deliver yourself. It should be a Peer of your Prospect, not your Peer. Someone who is somehow already accredited by your prospect. It’s should be “disinterested” and even better: willing to actively introduce you.

Furthermore it should be “industry focused”. Your Clients do not want to waste their time with people that are not tuned, alerted , activated to their business.

The right Peer depends on the industry, but we can set at least a couple of categories:

Want to be remembered? Bring a Surprise: challenge Customer's assumptions

A surprise is an challenge to customer thinking that highlights an upcoming difference in the status quo.

The rational is that any Prospect wants to know how they stand compared to their industry peers: if they are lagging behind the pack, if they are going to be in a Status quo that will differ from the present one for any reason.

You bring a surprise when you challenge a fundamental customer's assumption, forcing an “un-expected comparison” between before and after status.

A Surprise ( un-expected Comparison) is that aha! moment that associates You to a Customer’s problem.

It’s the moment when you create the Relationship in the Customer Brain.

I have always in mind the reaction of my 2 years old kid when he saw for the first time a balloon going up, instead than falling on the floor when I released it.

Now “balloons” are forever associated with “new” unexpected and fantastic surprise. The fact that I have introduced him to the fantastic world of “balloons”, it’s probably a bonus that I will leverage for some time.

If the Surprise comes from an “industry expert, it’s even better. People value specialists the most, even if what you say has an horizontal applicability.

What surprises your prospect?

There are at least 4 kinds of surprise that make your prospect feel a change in the status quo:

Any kind of issue or problem your prospect’s peers have suffered, are suffering or going to suffer and that most probably your prospect will have to deal with soon.

Here you can refer to classic Porter’s

Some big surprise comes from comparing the final results with the expected ones.

A further source of surprise comes again from failing of considering a company as an evolutionary system, instead of a steady system.

A system may fail not because of a part crash, but because the supporting functions are given for granted:

Tell them the World has changed

A Surprise says to your Customer:

If you can play out with the consequences of inaction via a SWOT analysis, you may end inviting your prospect to re-think the alternatives, and fight the costs of inaction, and her resistances to Loss, making do-nothing : not an option

Tell them to stop playing the Old Game, and start a New Game

The Surprise tells your prospect that the Old game is no more working:(1)

and to win he must move to the New Game:

And the "core idea" of your business tells your clients why to choose your solution to play the new game. Your Brand should possibly reflect this.
Like "LEGO". A danish word that means "Play well", tells the client that the core idea about their business is making their clients stop playing just to have fun, but also to learn and grow.

Applying the "Relationship Building" model to your B2B Funnel: 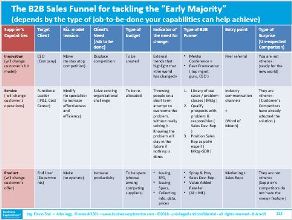 Share this article on Linkedin and tag @Business Exploration to get an extract of my booklet with this template free.

Now that you have a better sense of what is a surprise and a peer, you can apply this concept taking into consideration:

The type of innovation you can deliver

The type of decision maker

and where it will impact:

On the right you see the chart summarizing the type of sales funnel you have to build in each of these cases. You find it in my 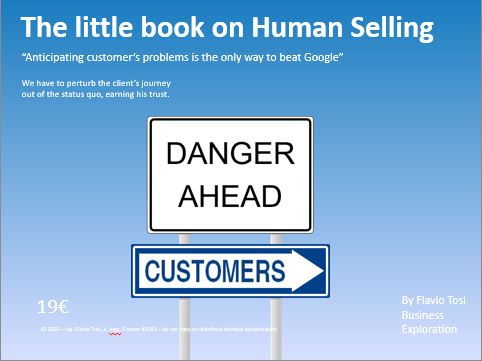 Share this article on Linkedin and tag @Business Exploration
to get an extract with this template free.

Need a coach that takes you step by step? 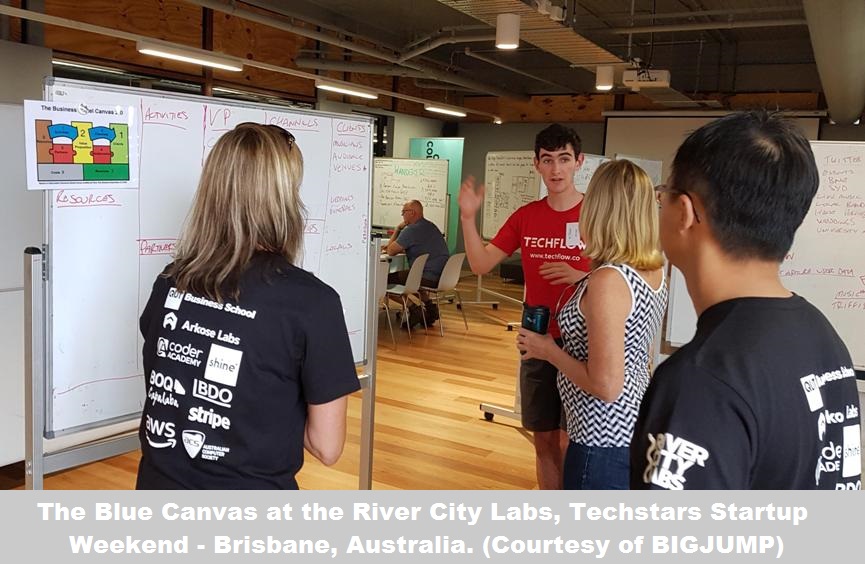 Launching a new product or service can easely become a mess:

Having a coach, bringing you down to a clear roadmap, equipped with the right models and tools, can avoid wasting money, time and a lot of energy that can be used to reach your market and sell now.

If this sounds familiar and it is a problem,
check if our workshop can be of help:

Don't miss the next hint:

I hope this helps, Give it a try and let me know how it worked for you!